Distributed ledger technology (DLT) is a popular method for securely replicating, sharing, and synchronizing data across a distributed computer network. It offers an alternative to centralized databases, which rely on a single server or small network to function. This creates a single point of failure, making centralized systems vulnerable to attack. Blockchain is by far the most well-known distributed ledger technology, yet several other types exist.

In this article, we’ll define the common components of distributed ledgers and explain how they generally work to achieve consensus. We’ll compare public ledgers and private ledgers. Finally, we’ll look at how four prominent types of DLTs work.

What Is A Distributed Ledger?

A distributed ledger is a peer-to-peer network that doesn’t have a central administrator or central database. This design is intended to increase network security and remove corruption by replacing a single point of failure with a distributed network of devices that work together to verify the accuracy of data. Although distributed ledgers have major technical differences and serve different purposes, all of them generally require a few components to function.

Created when two or more computers establish a connection to communicate and share information without going through a central server. Peer-to-peer networks improve upon the security of client-server networks, which only store data on the server side.

Independent computers that record, share, and synchronize transactions in distributed ledgers. Nodes in a network are connected to each other and act as communication points. A higher number of nodes verifying data generally equals greater security in scenarios such as power outages or malicious attacks. Some distributed ledgers use masternodes, which perform the same functions as regular nodes, in addition to participating in governance, such as voting events, and execution of important protocol operations.

The set of rules that determine how DLT networks reach agreement on whether changes to the ledger are valid or invalid. Consensus protocols ensure that nodes on distributed ledgers have consistent, valid information. Proof of Work and Proof of Stake are two popular types of blockchain consensus protocols for public blockchains.

Distributed ledger technology solutions can vary in their design, but all seek to achieve similar goals. Before looking at the technology side in more detail, let’s use an analogy to understand how distributed ledgers work and how they can be applied to improve existing systems.

Imagine that there is a small town of 10 people. Each person participates in the economy and has specific responsibilities.

Alice harvests crops. Bob catches fish. Others are responsible for building houses, cooking meals, and other crucial tasks for the town to flourish.

One day, Alice wants to trade crops for fish but realizes that the crops aren’t yet ready for harvest. She asks Bob to make the trade anyway. He agrees and says Alice can repay the favor after she has harvested her crops. Over time, though, the two may have too many favors to keep up with. The system only gets more chaotic when the other townspeople are factored in.

Alice, Bob, and the other villagers in the community agree to appoint a man named John to be the sole keeper of the town ledger. John is in charge of keeping track of all favors and loans, as well as repayments, making sure everyone is contributing to the local economy. John writes all favors down on a sheet of paper that only he can access. Although this system works for a little while, issues arise when John realizes how much power he has compared to the other villagers.

John is often bribed by people to add or erase favors from the ledger. John’s power goes unchecked until one day the townspeople finally get tired of this system. They decide to create a distributed ledger, meaning everyone in the town has access to the same piece of paper and pen. The ledger is placed in the town square for everyone to record both favors and repayments. Any disputes are settled through community votes. The favor system becomes transparent and far less corrupt than when John was the only one in charge of the ledger.

By this point, it should be clear that today’s distributed ledger technology is an attempt to solve an age-old problem of recordkeeping. The main difference is that the solutions being developed and used today are vastly more complex and powerful than a pen and paper ledger. Distributed ledger technology solutions are trying to be scalable enough to help the town, regardless if the population is 10 or 10 million.

No matter which distributed ledger technology you want to use, there are two general system designs implemented: public ledgers and private ledgers. Let’s see how they compare.

Public ledgers, oftentimes called permissionless ledgers, are usually open to everyone. They are decentralized, meaning no one person or company has control of the network. In the context of development, this often means any developer can create an application on top of the ledger without permission from anyone. For end users, permissionless means anyone can access the ledger for a variety of purposes, including storing and sending digital currencies, as well as using applications that are built on the ledger.

Private ledgers, also called permissioned ledgers, are usually closed to a select group of users. They are centralized, meaning that one company or a small group of nodes are responsible for reaching consensus via the network’s consensus protocol. Developers are generally able to develop applications that run on top of the ledger, though these applications typically aren’t available to the public. In some cases, apps may be available but require users to get approval from an administrator. Most end users of private ledgers are currently large enterprises or governments. Private ledgers are typically used in scenarios that require restricted access (e.g. corporate blockchain supply chain management operations or military recordkeeping).

In this section, we’ll cover the key differences between four distributed ledger technology solutions. Because different blockchains vary greatly in terms of transactions per second and consensus mechanisms, we won’t look at these categories. Instead, let’s compare data structures and transaction validation processes.

We can think of the term “blockchain” sometimes being used in place of DLT as roughly the equivalent of saying Band-Aid to describe all adhesive bandages or Q-tips to describe cotton swabs. In all these cases, a specific term is used to refer to an entire class. For blockchain, the increased public recognition leads to more widespread usage, even in cases where the underlying technology being used is quite different from an actual blockchain.

Data on blockchains is structured via blocks, which are ordered in a linear sequence according to when the validators on the network verify transactions. Validators are able to come to an agreement through consensus protocols to make important decisions, like whether to postpone legitimate transactions or cancel fraudulent transactions. Validation is sequential, meaning that Block A must be created before Block B, Block B before Block C, and so on.

Data on directed acyclic graphs (DAGs) does not require blocks or miners. Instead, all nodes are connected to each other. DAGs are described as graphs because they use a non-linear data structure consisting of nodes and edges. This means that transactions can be completed in a non-linear sequence.

In basic terms, Node A can be designed to communicate directly with Node C. Node B can also communicate with Node C. DAGs do have a defined structure, though. All data flow must be directed, meaning nodes communicate downstream. Edges are represented on DAGs as arrows that point in one direction on the graph. In other words, Node B or Node C can’t send information back to Node A. This design also means that DAGs are acyclic; therefore, they don’t allow for self-loops. Because data can’t flow upstream, DAGs work similar to blockchains in that they prevent issues such as transaction reversals on the distributed ledger.

Holochain DLT is different from other types of distributed ledgers due to the way in which nodes validate transactions. On blockchains, all nodes work to enforce global consensus across a single ledger. In contrast, Holochain DLT works by providing each node with its own signed hash chain. After data is signed to local chains, it is shared to a distributed hash table (DHT) where all nodes run the same validation rules. If someone breaks those rules, the DHT rejects their data and their chain forks away from the Holochain.

Whereas blockchains are typically limited in scalability and become less efficient with the introduction of more users, Holochain is actually designed to become more efficient when additional users come online. Since each user in Holochain DLT becomes its own host, efficiency increases with adoption.

Radix uses a data structure called Tempo, where nodes rely upon the passage of logical time to validate transactions. Radix implements logical clocks, a system based on Leslie Lamport’s logical clock theory. On Radix, logical clocks are essentially counters that count upwards in increments of 1 each time that a node sees a new, valid event on the ledger. The node checks its own database, increments its logical clock, stamps the event with a new timestamp and ID, and gossips it to the network. Periodic commitments via merkle trees are required to ensure that nodes don’t lie about the order of historical events on the ledger.

Komodo's technology offers solutions and features for all sorts of blockchain use cases. There are many features that make Komodo unique from other blockchain platforms. Three examples are multi-chain design, independent chains, and customizable modular solutions.

While many blockchains only support one consensus protocol, Komodo enables projects to launch their own blockchains called Smart Chains and choose between Proof of Work, Proof of Stake, or any combination of the two.

All Smart Chains come with a library of powerful, built-in UTXO-based smart contracts to choose from. Tokens, Oracles, and Quantum Security are just a few Komodo Custom Contracts that Smart Chains can implement. Modules run at the consensus level, meaning that nodes verify with each use. This provides enhanced security over traditional smart contract platforms.

If you'd like to learn more about blockchain technology and keep up with Komodo's progress, you can join Komodo's Forum and sign up for the monthly newsletter.

The Tulip Bulb Bubble: Is Crypto Destined For The Same Fate? 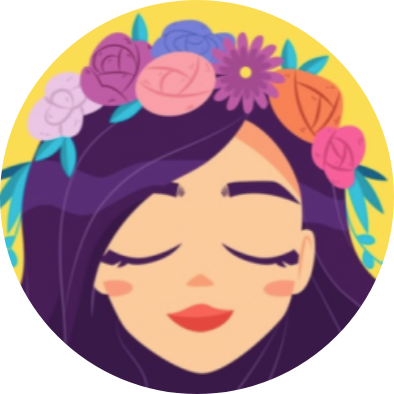 butterygold
Explaining the events that led to the tulip bulb bubble. Will the crypto market follow the same path?
4 min read May 2, 2021
Blockchain Fundamentals

Buying Crypto With Credit Card? Here's What You Should Know

Delton Rhodes
Before you buy crypto with credit card, you need to understand the pros and cons. There may be better purchasing options for entering the crypto market.
6 min read Apr 15, 2021
Blockchain Fundamentals

Day Trading Cryptocurrency: How To Avoid Getting Rekt

Delton Rhodes
Day trading cryptocurrency can be profitable, but also risky even for experts. Read this guide to understand the market dynamics before getting started.
7 min read Apr 14, 2021
Great! Next, complete checkout for full access to Komodo Platform Blog | En
Welcome back! You've successfully signed in
You've successfully subscribed to Komodo Platform Blog | En
Success! Your account is fully activated, you now have access to all content
Success! Your billing info has been updated
Your billing was not updated