Although the controversy about the nature of XRP has been ongoing since its inception, could the SEC's lawsuit have a ripple effect on how cryptocurrencies are treated in the future?

On December 21, 2020, the world witnessed a rare event called the Great Conjunction where the planets Jupiter and Saturn aligned. The next day the US SEC filed a lawsuit against Ripple which has been described as the cryptocurrency trial of the century.

On December 22, 2020 the US SEC (Security Exchange Commission) filed charges against Christian Larsen and Brad Garlinghouse, former CEO and current CEO of Ripple Labs Inc (Ripple). The SEC alleges that XRP is a digital asset security and that the two are responsible for profiting from $1.3 billion worth of XRP sales. Also, Larsen had been legally advised to register XRP as a security as far back as 2013 and did not. The SEC is suing the company for violating provisions in the Securities Act of 1933, specifically U.S.C sections 5a and 5c. The SEC attempted to make their case by proving that XRP is a security, and makes reference to the sale of XRP as well as to marketing strategies and internal policies of the company.

Registration of Securities (sections 5a, 5c)

The definition of a security is broad and not specific. It does not exclude any kind of technology. It is more of a principle and can apply to any instrument that is used as an investment.  A security relies on money from investors with an expectation of profit. There is no restriction on how securities can be traded. They can be sold on markets or sold directly to buyers. They can be traded on primary markets or secondary markets.

The SEC alleges that XRP is an investment vehicle for an investment contract since speculation on the asset (XRP) is the primary goal. In the XRP community and in cryptocurrency communities, the term 'investor' is used casually for long-term hodlers. This concept has real legal consequences for regulators. Investment is associated with a security; while a currency is a recognized form of payment, one that is used for transactions.

Currency is recognized as legal tender either by a central government or central bank, or is applied as a form of payment in some kind of ecosystem. A digital token or cryptocurrency  when used in the form of direct payment can be considered to have currency properties.

In some cases, this may be regarded as an unregistered currency.

In 2015, Ripple was sued by US FinCEN, who in a settlement agreement referred to XRP as ‘the currency’ of the Ripple Network. It seems the term ‘currency’ was applied not with the intention of applying the legal classification of ‘currency’. At the Yahoo Finance All Markets Summit in 2017, Brad Garlinghouse is quoted saying that he does not regard XRP as a currency and refrains from using the term cryptocurrency. He called XRP a digital asset.

How Does XRP Differ from Other Cryptocurrencies?

Ripple is a corporation that is wholly and solely responsible for distribution of XRP. So what is XRP according to fundamental blockchain principles? The XRP ledger is a cryptographic ledger with a series of nodes that validate transactions by a select number of server operators in the Ripple network and uses a Byzantine Fault Tolerance protocol like other distributed ledger systems.

Unlike other cryptocurrency tokens, XRP is premined. All 100 billion coins were available from the onset and Ripple is the central issuer of these tokens. First generation cryptocurrencies or SHA-256 coins, like Bitcoin, are distributed over time via consensus mechanisms that use crypto mining operations. SHA-256 coins must be mined, bought, or sold; while XRP is distributed by the company. Directly after founding the company, then CEO Larsen was able to allocate 9 billion XRP to himself without any validator.

Another comparison to cryptocurrencies is that they are bought and sold on open markets and their price is determined by supply and demand. The price of cryptocurrencies are also market-determined, while Ripple is able to sell XRP tokens at 30% less than the market price by releasing premined or earmarked tokens to exchanges and financial institutions.  The company owns 61.6 % of all tokens. Larsen and Garlinghouse have sold $1.38 billion worth of XRP from their personal allocated tokens.

The other distinction is described by Brad Garlinghouse himself that the goal of XRP is to build "trust, utility, and liquidity". Trust is a factor that is eliminated in blockchain technology through Proof-of-Work and other blockchain consensus mechanisms. XRP is therefore not a decentralized network which is an important distinguishing factor. Also,considering the sentiments of Garlinghouse, the utility aspect is only a goal and not a primary feature as is with many other blockchain projects.

The most controversial aspect of Ripple's business model is the escrow, a major part of the SEC lawsuit. After opening an escrow service in 2017, Ripple allocated 55 billion XRP as part of a price growth strategy. The escrow releases 1 billion tokens each month in order to increase the circulating supply of XRP to positively affect its price by increasing the market volume. Unfortunately, this strategy has not had a very positive impact on the price because price increase still requires public demand for XRP. Since its launch, XRP has made few waves.

XRP's Utility Is For Banks

XRP is most recently marketed as a utility token; however, only recently. The first announcement that the Ripplenet protocol would be implemented as a financial product for banks was made in 2018. The idea to release XCurrent and XRapid as financial products as part of the On-Demand Liquidity (ODL) service. This was likely motivated by the need to increase the demand of XRP in the public, according to the SEC. It is true that Ripple only began testing XRP as a money remittance mechanism in 2019, one of the first use cases established just two years ago.

It is possible that this use case was developed in order to avoid filing a registration for a security with the SEC as it was never in the initial business plans of Ripple to act as money transmittance service. Ripple began signing numerous partnership contracts and possibly only after being presented with the lawsuit. Ripple signs 15 new contracts with banks in 2021. These new contracts are signed in spite of its ongoing lawsuits and under a different regional jurisdiction, Asia, where there is little differentiation or regulation of cryptocurrencies.

The SEC Lost the Case But Does That Mean XRP Is Not a Security?

Consider Ripple's use case for money remittance: the use for XRP renders it as a bridge currency between foreign currencies. As a bridge between currencies, XRP is not necessarily a currency just because it interacts with other currencies, no more than SWIFT is a messaging service that acts as a bridge between fiat currencies. The users of XRP are banks or money transmitters. Also, the use of the financial product XRapid does not affect any direct payment at all. The ODL service is a distinct product from XRP. According to the regulators, a cryptocurrency still needs to be classified according to its use. Cryptocurrency is not a definitive classification according to authorities.

A central problem to the Ripple question is also the centralization of XRP. Whether or not a ledger system is decentralized or not depends on its underlying technology. Garlinghouse has furthermore, made a controversial statement that Ripple can abandon XRP. This is another indication that the XRP token is a distinct product from its own ledger protocol. It also begs the moral question of centralized ownership. Could Ripple really abandon the seventh largest cryptocurrency by market cap? This shows why decentralization is an important aspect of blockchain technologies. 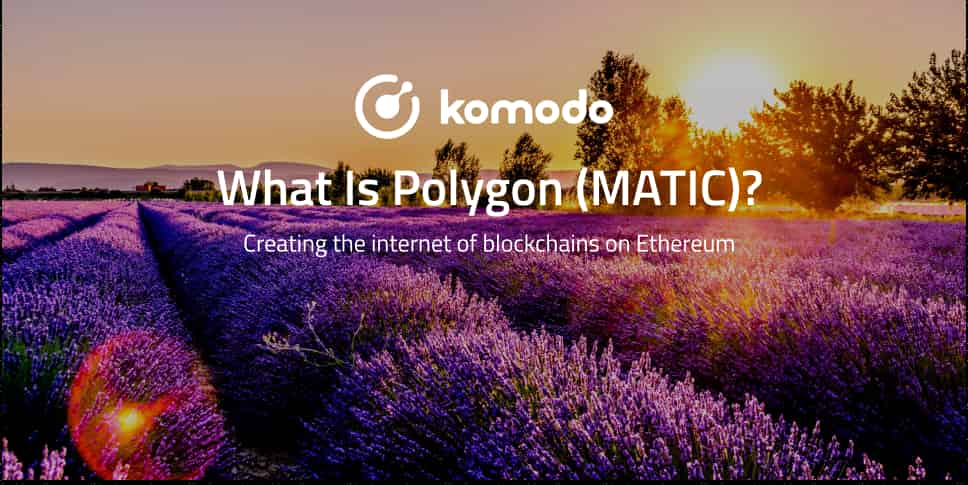 Chainlink (LINK): Everything You Need to Know

Noah Fields
Blockchain is more than just Bitcoin and other cryptocurrencies. There are four main types of blockchains, each with its own advantages, disadvantages, and use cases.
6 min read Jul 28, 2021
Blockchain Fundamentals

Delton Rhodes
In this blog post, we cover the difference between centralized and decentralized exchanges - looking at the benefits and drawbacks of both.
7 min read Jul 2, 2021
Great! Next, complete checkout for full access to Komodo Academy | En
Welcome back! You've successfully signed in
You've successfully subscribed to Komodo Academy | En
Success! Your account is fully activated, you now have access to all content
Success! Your billing info has been updated
Your billing was not updated